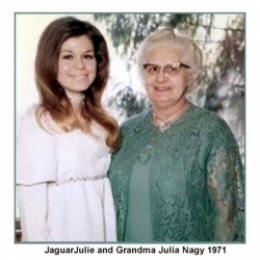 You know, Julie and Julia? See that picture? It's Jaguar Julie and Julia Nagy. And, I can't think of a day that goes by that I do NOT think of my grandmother for all the drive and determination that she instilled in me.

My grandmother was my inspiration for all that I strive to achieve today. She has inspired me to be a better person and a better writer as well.

My grandmother shared her love for traditional Hungarian and Slovak cooking with us. Because of her, I have a passionate love for Hungarian stuffed cabbage rolls, hungarian goulash, hungarian spaetzle, polish pierogi, butter horns, nut roll, poppy seed roll, kifli, langos, strudel, apple pie, crepes suzette and oh so many other traditional Hungarian goodies! In a way, my grandmother inspired me to be a writer; to preserve the Hungarian and Slovak tradition(s) of our family.

P.S. When my article first existed as a Squidoo lens, it was featured as lens of the day on my birthday in 2008. For that LOTD, this page earned $500 for my favorite charity! And, on April 16, 2009, my other Squidoo lens [at the time], Stuffed Cabbage, dedicated to my grandma Julia Nagy, was honored by earning a purple star. It's that special award for former Squidoo Giant Squids with a lens of quality content. On April 19, 2009, that lens made it into the #1 spot overall on Squidoo and spent 24 days in the #1 spot.

My Grandmother Julia Nagy -- My Inspiration Namesake and Superhero! 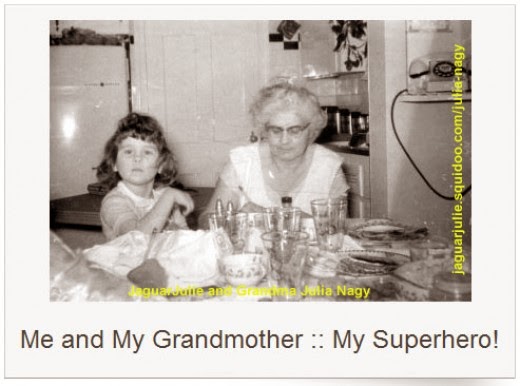 My grandmother, Julia Nagy, was a true inspiration, my inspiration -- she was working by the age of 10 to help support her mother and family. 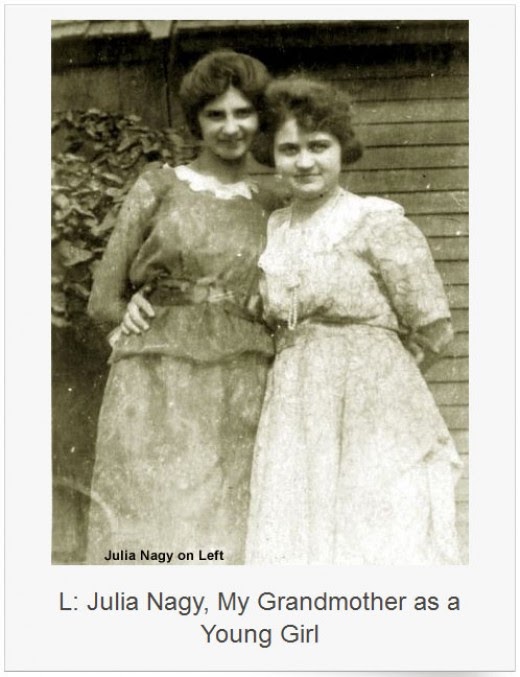 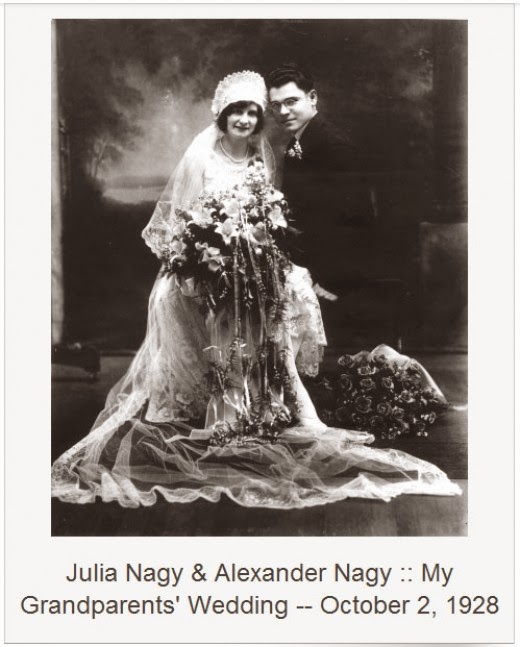 She survived the Great Depression and continued to work for 50 years at the West Side Market in Cleveland, Ohio. Yet, she made time for all of us 'kids' who clammered to have our special week with her in the summer where we could do anything we wanted. 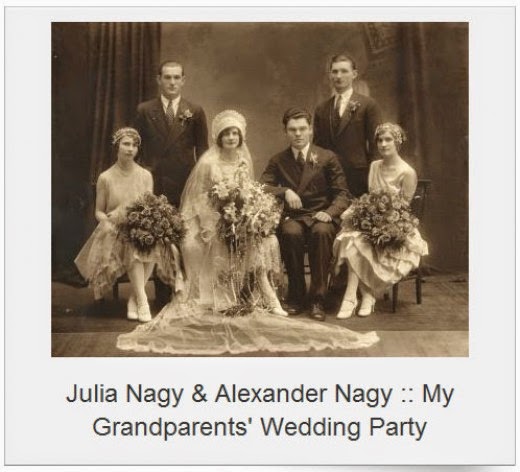 I opted to help her cook and bake and ride the rapid transit downtown Cleveland to visit Higbee's and Mill's Restaurant. The times and memories I spent with my grandmother are the most precious that I wish ... 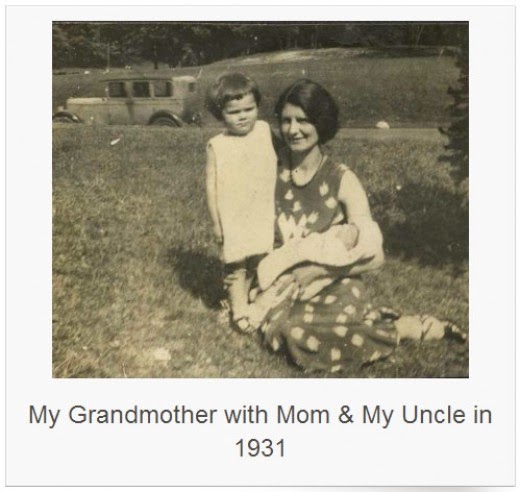 She was such an important part of my life that if I had one wish, and only one wish, it would be that my grandmother was still alive today so that I could spend some more meaningful time with her. 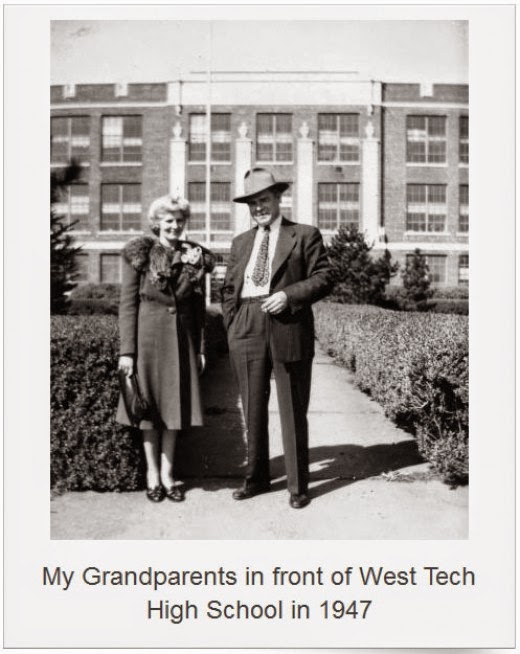 I'd also wish that my grandfather was alive and well today! You see, I have SO many questions I'd like to ask him.

History: It is an honor indeed to have my Superhero tribute lens, in memory of my dear grandmother and namesake, Julia Nagy, featured as Lens of the Day on July 9, 2008. Today is also my birthday and a day that I reflect on all that my grandmother meant to me.

What do YOU call your Grandmother?
My Grandmother was simply or NOT so simply: Grandma! 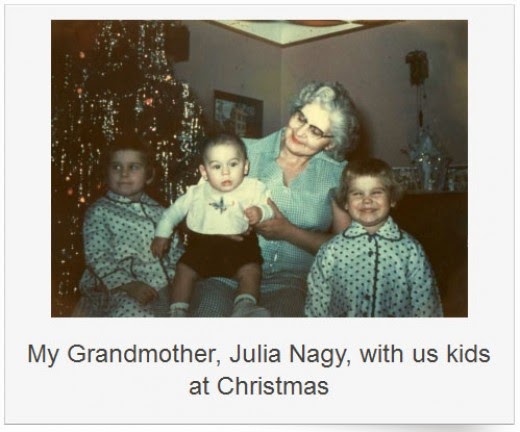 A Bit of History!
My Grandmother's Mother was a Varchola.

My great grandmother, Anna Varchola, was born, as a guestimate, in 1870 in Czechoslovakia. She married Mihaly Kovacs [later Michael Kovach], who was born August 4, 1864 in Czechoslovakia. Anna Kovach had 11 children although 8 died from childhood diseases such as TB. 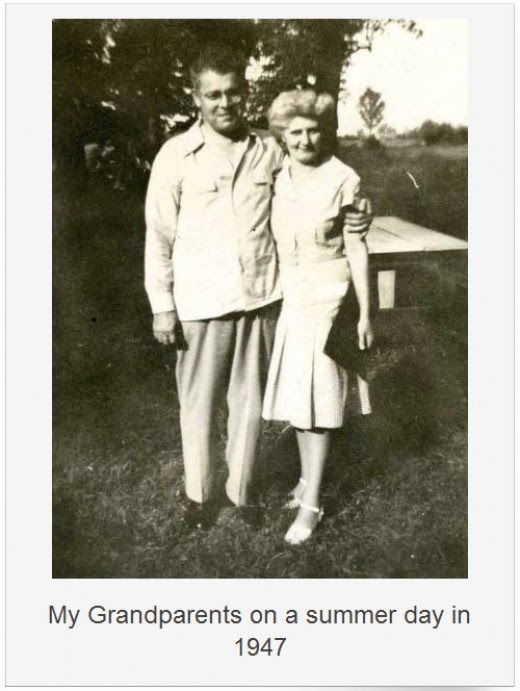 A Strong Work Ethic!
My Grandmother Worked for 50 Years at the Westside Market in Cleveland, Ohio!

My grandmother road the Rapid Transit to the West Side Market where she worked for 50 years. Her drive and strong work ethic so impressed me ... she was indeed like a real-life superhero! Ah, the wonderful meats and cheeses she brought home.

In Loving Memory of My Grandmother
Who left us on April 28, 1978 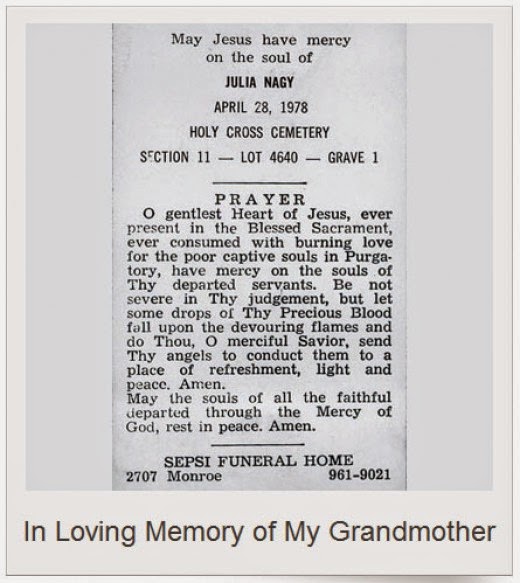 History: Julia Nagy : My Grandmother, Namesake and Superhero was originally created on Squidoo by JaguarJulie on June 12, 2008. Highest lensrank ever achieved: #7 overall. This was a top lens with 27 days on the Top 100 list. Lens #370 in the quest for Giant Squid 400 Club.
Posted by Julie Ann Brady at 7:33 AM