Lily Dale NY : A Spiritualist Community. I've been to Lily Dale and had a 'spiritualist reading' well over twenty years ago. Have you heard of Lily Dale, the spiritualist community in Chautauqua County, New York? It's someplace for a Spiritual Awakening! 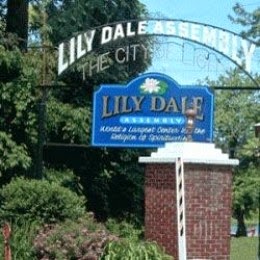 Lily Dale is a community that is still going strong today. If you are someone who is open-minded to spiritualism, psychics, mediums, and healers, you may just want to plan a trip there or perhaps a summer vacation?

Lily Dale is a beautifully inspiring place to visit - An inspirational place to get in touch with your spiritual side!
It was my trip there with my mother when I had my first spiritual reading. I learned about my two 'spirits' or 'guardian angels' that were present that day and hopefully are still with me today as I sit here writing this lens! Have you heard of Lily Dale, the spiritualist community in Chautauqua County, New York?

Oh, those two angels; why they were thought to be my grandmothers! On any given day, I feel I have my guardian angels by my side, guiding me and looking over me. I have been touched by angels! After all, I do believe in angels you know! And, that's why being a Squidoo Squid Angel was so meaningful for me!

Have you ever had a spiritual reading?
My Trip to Lily Dale

When I visited Lily Dale, it was SO long ago that I didn't have a digital camera. I might have had an old box film camera. It was quite a while ago, in the mid 80s that my mother and I made the three hour drive to Lily Dale. I must admit that I was a bit hesitant and a little nervous about my scheduled reading.

We found a medium that was located near the entrance into Lily Dale and scheduled an appointment. It was about an hour reading and it costs us at that time either $10 or $20.

What has stuck with me all this time is not so much the details of the reading, but hearing that the medium read two strong auras around me; actually on either side of me. She said they were both of my grandmothers who had passed on.

To this day, I do believe in guardian angels ... my two grandmothers!

Cleveland to Lily Dale
It's about a 3 hour drive 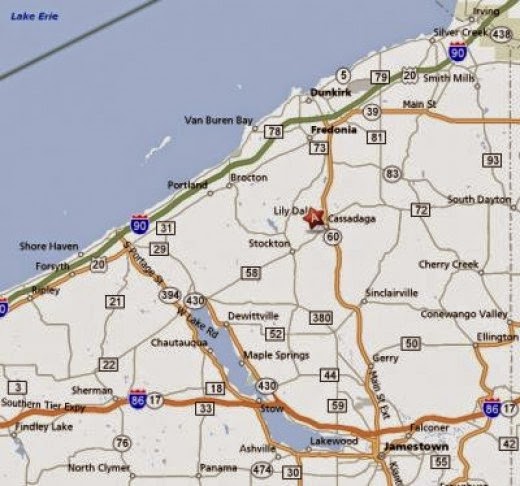 You might want to read Lily Dale: The True Story of the Town that Talks to the Dead. In Lily Dale, New York, the dead don't die.

Instead, spirits flit among the elms and stroll along the streets, sometimes dressed in garb more common 120 years ago, when Lily Dale was founded and suffragette Susan B. Anthony was a frequent guest.

According to Spiritualists who have ruled this Victorian hamlet for five generations, the dead don't go away and they stay anything but quiet. Every summer twenty thousand guests come to consult the town's mediums, who can hang out a shingle only after passing a test that confirms their connection to the spirit world.

Weaving past with present, the living with the dead, award-winning journalist and bestselling author Christine Wicker investigates the longings for love and connection that draw visitors to "the Dale."

She introduces us to a colorful cast of characters along the way—including such famous visitors as Susan B. Anthony, Harry Houdini, and Mae West.

Laugh-out-loud funny at times, this honest portrayal shows us that ultimately it doesn't matter what we believe; it is belief itself that can transform us all.

William Paul has been selling his art for over thirty years. "An Artist should be without limitations", his credo from the beginning. And it shows in his diverse selections of Acrylics, Oil Pastels, Air Brush, Chalks, Conte', Leads, Stone Sculptings, Gem and Mineral Cutting, Carvings / Relief, Carvings / Sculptings... and even his published newspaper cartoons!

Living in close proximity to Lily Dale, NY, he will often retreat there to energize in its natural unassuming beauty, and receive what he considers to be the direct inspiration of "Angels". Although, he confesses, "I am often awakened in the wee hours of the morning, with these visually resplendant images, to bring forth into the physical plane through my skills."

"Everything in life is a challenge. View it this way and it's Pan Bread, view it that way and it's Sourdough. Just make it work!" --William Paul.

History: Lily Dale NY : A Spiritualist Community was originally created on Squidoo by JaguarJulie on March 12, 2008. Highest lensrank ever achieved: #159 overall. Lens #314 in the quest for Giant Squid 400 Club.
Posted by Julie Ann Brady at 7:36 AM