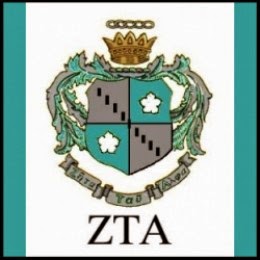 I always thought about it, at that time, as a sorority, as most women's such organizations are known. To this day, I am extremely proud to be a ZTA alumni and recognize the wonderful college experiences I had as a member of this fine fraternity.

The purpose of Zeta Tau Alpha is to intensify friendship, promote happiness among its members, to perform such deeds, and to mould such opinions as will conduce to the building up of a purer and nobler womanhood in the world.


The Fraternity Poll
Please answer our question : Are you a member of ZTA?

Founded October 15, 1898
Zeta Tau Alpha was founded at what used to be State Female Normal School but is now known as Longwood University in Farmville, Virginia.

ZTA is the third largest National Panhellenic Group ... with over 187,000 initiated members and 237 chapters. 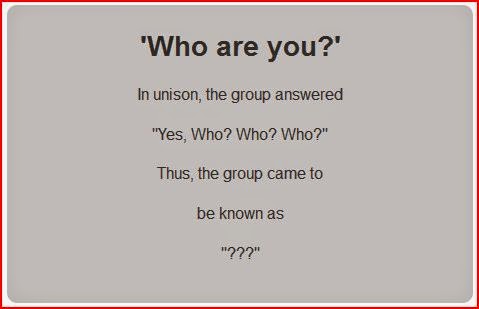 Early History of ZTA
Only 14-15 years of age, these young women desired permanence to their friendships and hoped to perpetuate their sisterhood long after college.

Though dedicated to the formation of a Greek-letter group, the band of nine delayed selecting a formal name. A temporary name of "???" was taken when, as legend has it, a member of another group met with the Founders. Raising her eyebrows and forming her fingers in the shape of a question mark, she asked "Who are you?" In unison, the group answered "Yes, Who? Who? Who?"

Thus, the group came to be known as "???" while they sought an appropriate Greek name and symbols. During this time, the group received valuable assistance from two of the members' brothers -- Maud's brother, Plummer Jones ( A member of Kappa Alpha Order), and Frances Yancey Smith's brother Giles Mebane Smith. Both were students at the college of William and Mary, members of men's Greek-letter organizations and knowledgeable of Greek lore.

After a year of careful contemplation, the group chose the formal name, the patron goddess and the badge.

The purpose of Zeta Tau Alpha is to intensify friendship, promote happiness among its members, to perform such deeds, and to mould such opinions as will conduce to the building up of a purer and nobler womanhood in the world.

The Symbols of ZTA
The Founders chose Themis to represent the Fraternity. Themis is, in Greek mythology, one of the Titans, daughter of Gaea (Earth) and Uranus (Heaven), and the mother of the three Fates and the Seasons.

The goddess of divine justice and law, Themis was the constant companion of the god Zeus and sat beside him on Olympus. In ancient art she is represented holding aloft a pair of scales on which she weighs the claims of opposing parties.

In the late 1800s, an admirer of one of ZTA's Founders, Mary Campbell Jones (Batte), sent her a gift of strawberries. The scrumptious present prompted the group of nine friends to host their first purely social gathering and to become officially recognized as a campus organization. The strawberry continues to be a ZTA symbol of friendship.

The five-pointed Crown is an official symbol of the Fraternity. The significance of the five points is revealed to each member upon her Initiation. Many examples of crown artwork can be found within ZTA, and all are acceptable as long as the crown contains exactly five points.

The flower of the Fraternity, chosen by Founder Ruby Leigh Orgain, is the white violet. Its symbolic meaning is explained in the Initiation Service.

The Badge
It's a small, black enameled shield superimposed upon a gold shield, bearing a five pointed crown with the letters ZTA arranged around it with the word 'Themis' in Greek below it.

The Creed of ZTA

To realize that within our grasp, in Zeta Tau Alpha, lies the opportunity to learn those things which will ever enrich and ennoble our lives; to be true to ourselves and to those within and without our circle; to think in terms of all mankind and our service to the world; to be steadfast, strong, and clean of heart and mind, remembering that since the thought is father to the deed, only that which we would have manifested in our experience should be entertained in thought; to find satisfaction in being, rather than seeming, thus strengthening in us the higher qualities of the spirit; to prepare for service and learn the nobility of serving, thereby earning the right to be served; to seek understanding that we might gain true wisdom; to look for the good in everyone; to see beauty, with its enriching influence; to be humble in success, and without bitterness in defeat; to have the welfare and harmony of the Fraternity at heart, striving ever to make our lives a symphony of high ideals, devotion to the right, the good, and the true, without a discordant note; remembering always that the foundation precept of Zeta Tau Alpha was Love, "the greatest of all things." -- Shirley Kreasan Strout 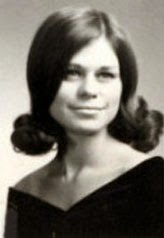 The Pledge Pin
It's a silver carpenter's square enameled in turquoise.

It is worn by all who have duly pledged their loyalty to the fraternity.

When a new member is initiated, leaves college, or ceases to be a new member, she returns her pledge pin to the chapter, even if she has purchased it herself.

Under no circumstances is a pledge pin ever used as a charm or a keepsake.

In 1992, Zeta Tau Alpha adopted Susan G. Komen for the Cure as its national philanthropy. In addition to Zeta's focus on the Komen, the fraternity also supports other educational means dedicated to fighting breast cancer through education, awareness and promoting breast health. Alumnae and collegiate chapters devote their service to Komen Race for the Cure, Courage Night, THINK-PINK!, Yoplait, and other local philanthropies that support the cause.

In the fall of 1999, the Northern Virginia Alumnae Chapter of Zeta Tau Alpha developed a new community service project based on the already successful THINK-PINK! campaign by getting involved with their local NFL team, the Washington Redskins. At the first Redskins home game in October, ZTA collegians and alumnae from the metropolitan Washington D.C. area joined together to distribute 8,000 THINK-PINK!ribbons to fans, stadium employees and even the team owner. 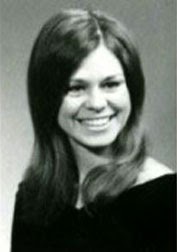 In the year 2000, ZTA expanded the program with NFL events in Indianapolis, Miami, New York and again at Washington D.C., distributing over 85,000 ribbons.

In 2001, the association with the NFL spread tripled to 12 teams with support from the general office of the NFL and the ZTA Foundation. That year, new ribbon-stickers were introduced. The program continued in 2002 in nine NFL cities and with one NBA team.

To date, ZTA chapters have worked with more than a dozen teams to participate in the ZTA THINK-PINK! campaign, reaching more than 500,000 football fans across the country.

In 2006, ZTA and the NFL began selling black hats with the teams logo in Pink with a pink breast cancer ribbon on the side of the hats. For the future, this program promises to continue its growth in spreading awareness.

Thanks for visiting!
Are you a member of a sorority or fraternity? Are you also, by chance, an alumnus of ZTA? I'd surely love to hear from you about your personal experiences. "I am an alumnus of Delta Theta Chapter of ZTA at Ohio Northern University." ~ JaguarJulie

History: Zeta Tau Alpha Social Fraternity was originally created on Squidoo by JaguarJulie on December 23, 2007. Highest lensrank ever achieved: #1,209 overall. Lens #218 in the quest for Giant Squid 300 Club.
Posted by Julie Ann Brady at 7:38 AM