I Love Cucumbers and 5 Recipes

I love cucumbers plain and simple and have found 5 delicious recipes to tempt you! I've been loving cucumbers since I was knee high to a grasshopper in Cleveland in Northeastern Ohio. That's a long time, you know, to be professing love for this green vegetable-like-fruit known as cucumber! 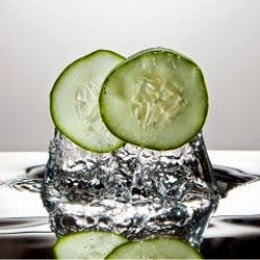 My favorite recipe for cucumbers involved either sour cream, vinegar, or onions! Ah, the delicious taste of cucumber salad. My grandmother, Julia Nagy, always seemed to make cucumbers the best. Then mom learned how, from grandma ... and then mom taught me how to prepare delicious cucumber recipes. Oh how I love cucumbers!

Would you believe? When my hubby [oh gosh, now the ex!] and I traveled to Hungary and Romania a couple of years ago, we were delighted to see cucumbers served so frequently with our meals!

Cucumbers also have a lot of other applications other than food; e.g., to reduce eyelid swelling or as a soothing facial mask, among other great uses! Get it all here! Recipes for delicious cucumbers and cucumber products to make you cool as a cucumber!

I love cucumbers you all. Did you know that 'cool as a cucumber' isn't just a catchy phrase as the inner temperature of a cucumber can be up to 20 degrees cooler than the outside air! Cool your jets and try some cucumbers today. I sure do love cucumbers; you know? Check the url of this page for further proof on the cucumber love of JaguarJulie!

Do You Love Cucumbers Too?
How do you honestly feel about them? Either or ... there's no gray area with cucumbers!
My Confession : I Sincerely Love Cucumbers 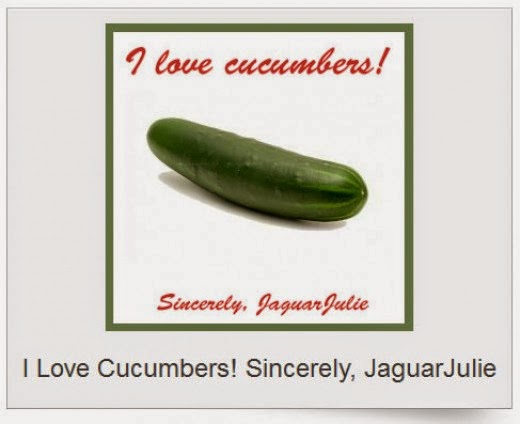 Cucumbers are great by themselves, all dolled up, in a salad. Or, cucumbers can be a garnish on a tossed salad or in a cucumber sandwich for tea time! Don't forget pickling little cucumbers! There's also cucumber slices to place on your tired eyes and lots of other cucumber beauty products! Ah, I like that!

P.S. I just created a new recipe for my sliced cucumbers with onions and a little Asiago Peppercorn Dressing as the cream sauce. Check out my recipe from my blog! --The Brand Ambassador for Cucumbers, JaguarJulie! 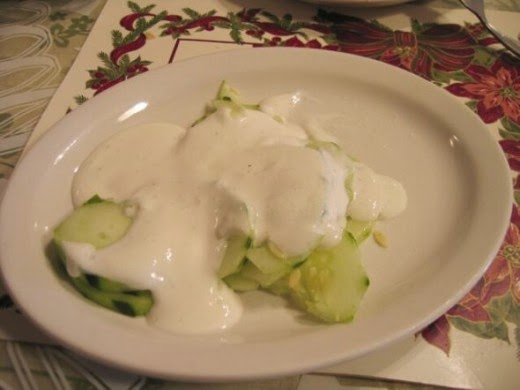 Blend together the sugar or splenda with salt, vinegar and sour cream. Finely chop the onion. Peel and thinly slice the cucumbers. Add cucumbers and onions to the sour cream mixture. Refrigerate for one hour and serve. 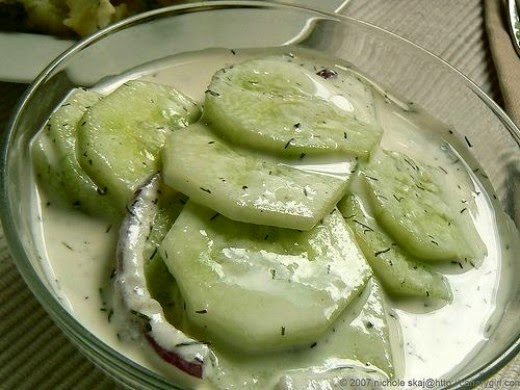 Blend together the mayonnaise or Kraft miracle whip, milk, vinegar, sugar or splenda and salt in a small mixing bowl. If using miracle whip, you won't necessarily need sugar. Blend until smooth. Peel and thinly slice the cucumbers. Add the cucumbers to the sauce mix. Add a dash of dill to suit your taste. Refrigerate for one hour and serve. 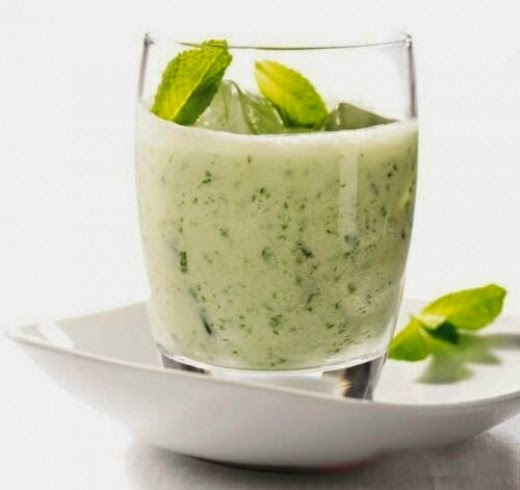 Add the onion, garlic and dill to 1/2  cup of buttermilk. Blend until you have a smooth puree. Pour into large container that will hold the entire mixture. Blend the remaining ingredients together until a thicker puree. Mix with the first batch. Add your salt, pepper, and cayenne pepper to taste. Refrigerate 2-3 hours and serve. Good the next day too!

Get the rest of the recipe! MaryJose's Recipe: Chicken salad with cucumber part 2.

The pickling process was also known to the Ancient Greeks. Aristotle is reported to have praised pickled cucumbers for their healing effects. Julius Caesar's soldiers ate pickled cucumbers as health aids; many other brine-soaked foods were part of daily life in Ancient Rome. Cucumber pickling remained widespread across the Levant and Maghreb regions, where it is still very popular today.

Pickled cucumbers became popular in the United States due to the influence of the cuisine of Eastern European immigrants.

How do you take your pickled cucumbers? Got a preference? Why not try some Cucumber Boston Pickling Great Heirloom Vegetable 300 Seeds Packed By Seed Kingdom!

Peel the cucumber and cut into pieces. Add to the chopped avocado, egg white and powdered milk in a blender and puree into a smooth paste. Refrigerate for one hour before use. Makes a great face and neck mask. Use as you normally use your face mask. Let dry and wash with tepid water to remove.

Grow Your Own Cucumbers!

Check out the wide array of cucumber seeds for planting at Amazon.

Do you LOVE Cucumbers?

Do you love cucumbers as much as I do? Got a favorite recipe? Love 'em with sour cream? How long have you been eating cucumbers? Had them in Eastern Europe yet??

History: I Love Cucumbers : 5 Delicious Recipes was originally created on Squidoo by JaguarJulie on January 12, 2008. On July 24, 2013 this lens earned the Purple Star Award for quality content. Highest lensrank ever achieved: #1,121 overall. Lens #239 in the quest for Giant Squid 300 Club.
Posted by Julie Ann Brady at 6:40 AM