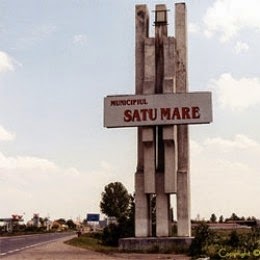 I know this city quite well as you see, my maternal grandfather was from Satu Mare! A few years ago, I had the trip of a lifetime in that we visited this city to do research on my grandfather and his mother and father ... and spent quite some time visiting 4 different cemeteries. You'll find pictures from our road trip that I've included below.

P.S. I've been researching old Satu Mare and Szatmar-Nemeti pictorial postcards for several years. Be sure to check out the newly added postcard pictures! 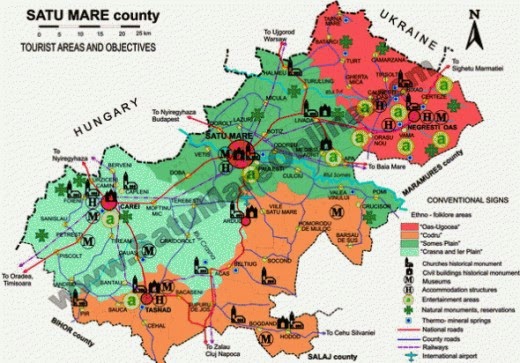 Today, Satu Mare is a city in northeast Romania; although, it was previously Szatmar, a city in southeast Hungary. The borders for Hungary and other countries changed at the end of World War I. Turmoil in Hungary, Romania and other Eastern European countries throughout a thousand years of war encompassing the Austro-Hungarian Empire is a great subject for another article.

Archeological discoveries made in Oas-Land, Ardud, Medies, and Homorod show evidence of both the stone- and bronze age settlements in Satu Mare. Additional archeological evidence show proof of the Getic-Dacian communities occupying the regions after the Roman Conquest. Picture and information are courtesy of: Satu Mare City.


Democracy in Satu Mare
The downfall of Communism An anticommunist uprising against the old regime, led to the downfall of the dictatorship in December 1989. Restoration of the pluralist political system was consecrated by the 1991 Constitution, leading to the adoption of democratic institutions. Read more about the history, by Gruco Ong.

Satu Mare County
Satu Mare county [in red] lies in the Northwest of Romania, on the lower course of the Somes river, bordering the Ukraine in the North, Hungary in the West and the counties of Bihor, SÃ£laj and Maramures in the South and East.

From the plains in the western part of the county, crossed by the rivers Somes, Tur and Crasna, the relief gradually climbs towards the Oas and GutÃ¢i mountains in the East, the Pietroasa peak reaching 1,200 m.

Hotel Dacia in Satu Mare, Romania
Situated in the old center of the city, the Dacia Hotel. It was built in 1902 upon the old City Hall location and the Royal Court. The Dacia Hotel complex is an architectonic jewel realized in Secession style, awarded in 1903 at a architectural exposition in Vienna. I took a picture which won second place in a photo contest for a Fuji Film company!
E-mail: office@hoteldacia.ro
Phone: 0040.261.715.773

Villa Bodi in Satu Mare, Romania
Situated in the historical center of the city, the building recently renewed shelters recently this villa endowed with air-conditioning, sauna, mini bar, souvenir shop. Classic and elegant, the villa is entirely furnished with XIX century style antic furniture. We stayed at this hotel and give it a HIGH recommend!
E-mail: villa_bodi@datec.ro
Phone: 0040.261.710.862 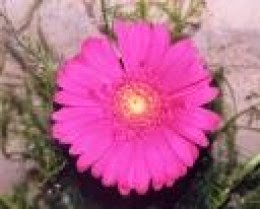 P.S. This beautiful fuchsia pink gerber daisy was bought in Satu Mare on a Friday night. The central park area was filled with merchants selling the most beautiful flowers I have ever seen.

Have you vacationed in Eastern Europe--Hungary, Czech Republic, Slovakia, or Romania? Are you planning an Eastern European vacation? I'd surely love to hear about your trip!