Governmentium has an atomic mass of 312 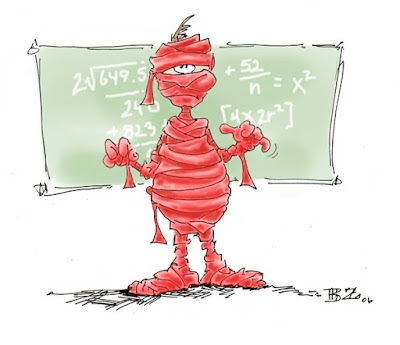 Governmentium has an atomic mass of 312 and is inert? Today, when I received an email from our VP of Operations, I knew that it most certainly must be something important. You see, he rarely sends out information that is not of the utmost importance for our day-to-day operations.

I was thinking when I saw the subject of the email, "New element discovered," that it was of a scientific nature and probably originated from our VP of Technical Services. Well, as I read on, I found this a most intriguing 'concept' and felt that I had to share with my readers. It's rather food for thought!

A major research institution (MRI) has recently announced the discovery of the heaviest chemical element yet known to science. The new element has been tentatively named Governmentium. Governmentium has 1 neutron, 12 assistant neutrons, 75 deputy neutrons, and 224 assistant deputy neutrons, giving it an atomic mass of 312. These 312 particles are held together by forces called morons, which are surrounded by vast quantities of lepton-like particles called peons.

Since governmentium has no electrons, it is inert. However, it can be detected as it impedes every reaction with which it comes into contact. A minute amount of governmentium causes one reaction to take over four days to complete when it would normally take less than a second.

Governmentium has a normal half-life of three years; it does not decay, but instead undergoes a reorganization in which a portion of the assistant neutrons and deputy neutrons exchange places. In fact, governmentium's mass will actually increase over time, since each reorganization will cause some morons to become neutrons, forming isodopes.

This characteristic of moron-promotion leads some scientists to speculate that governmentium is formed whenever morons reach a certain quantity in concentration. This hypothetical quantity is referred to as Critical Morass.

UPDATE: So, it is May 2019, more than ten years later, that I am reviewing this original blog post of mine. Not to get too political, but I do think it is a good word to describe the state of affairs of OUR country under the leadership [not] of our Prez.
Posted by Julie Ann Brady at 10:17 AM