Dance of the Dragonfly

Have you ever seen a dragonfly dance? I believe I have! It was already shaping up to be a bright and sunny day one early morning as I stepped out into my sunflower garden to photograph the pretty blossoms.

It seems that I have no shortage of amazing sunflower blossoms which call out to me to capture them in my photo archive. However, it is not just every day that you find a cooperative dragonfly that loves to be a captive photo subject.

On one of my tall sunflower plants whose head had been recently cut, I spied a dragonfly. This interesting dragonfly did not fly away, but seemed to be doing a dance in the light breeze.

Dance of the Dragonfly in 8 Steps 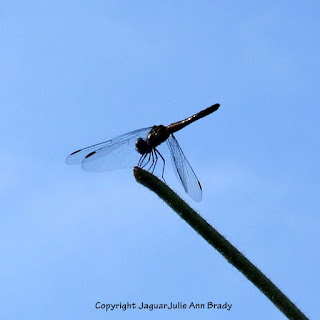 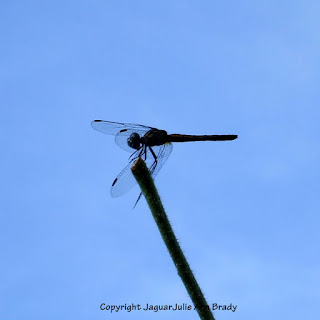 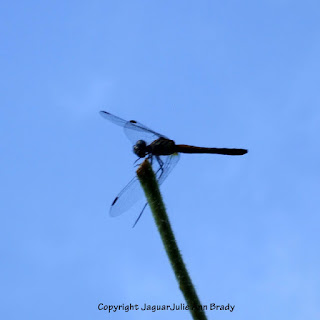 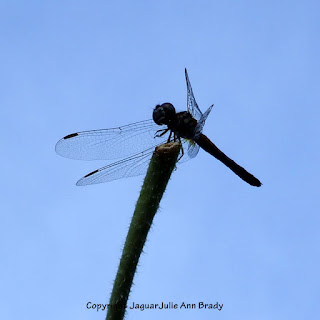 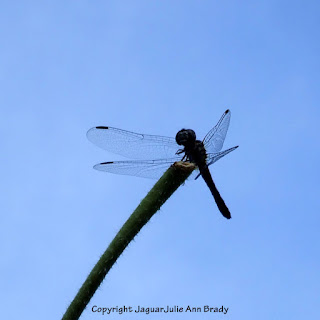 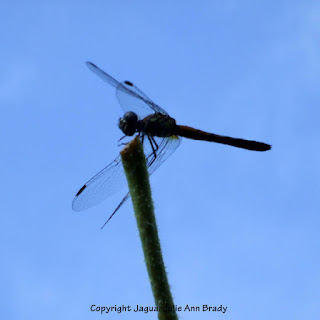 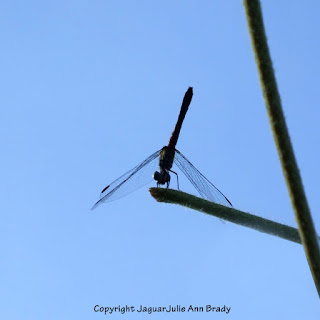 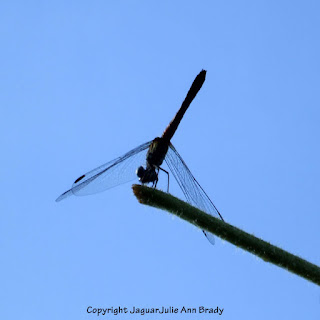 What do you think? Does that not look like a dragonfly dancing? I personally am quite captivated by dragonflies. But, that was not always the case.

Many years ago, as a child growing up in Cleveland, Ohio, we'd encounter a dragonfly once in awhile. One day, somebody told me to be careful of those dragonflies. That person called them darning needles. They said, the darning needle will fly into your ear.

I'm not sure when I overcame that dragonfly myth. But, I am thankful that I became an admirer. I remember one early afternoon several years ago as I drove out of DeerCreek Country Club. I got to experience a beautiful site ... the migration of dragonflies. I'm sure there were some damselflies in the mix. It was hundreds and hundreds of the beautiful creatures dancing about in the afternoon sky!

P.S. The return of the dragonfly!  I am happy to report that the dragonflies have continued to visit. I captured the dancing dragonfly on yet another cut sunflower stem. Have a look:

This last photo was taken about one month after the other dragonfly photos. Curious thing, I think it is the same dragonfly! The body does look a tiny bit bigger. The dance style looks quite the same!

By the way, I am contemplating an experiment! If I put some Dragonfly Stakes in my sunflower garden, would the dragonfly sit on "itself?" That would be an interesting photo to share! Stay tuned.
Posted by Julie Ann Brady at 3:23 PM

Hi Meg! So good to see you dropping by. I really enjoy watching dragonflies. You know, as a kid, somebody told me to be careful of them because they were "darning needles" and would get into your ears to darn them. Funny!