The discrimination by credit agencies of a DIVORCED woman

I am sitting here in my "boldy humble" apartment in Jacksonville, Florida, seriously inhaling somebody's cigarette smoke! Because I wanted to enjoy a little fresh air this morning, before the heat of the day, I opened my patio door. The cigarette smoke didn't overtake me immediately as it was rather early for smokers to be up. But, now that it is after 7am EST, somebody is seriously smoking and I am smelling it.  WHEW! 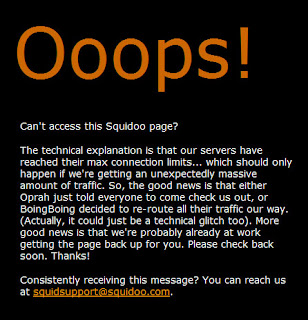 So, the subject of today's blog post is perhaps a bit of righteous indignation on my part. You see, yesterday was the first time in a NUMBER of years that I actually looked at my credit report CLOSELY! On first glance, it surely does appear to me that there is serious discrimination by credit agencies, across the board, when you are NEWLY DIVORCED! I'm thinking that I need to write a tips page for people anticipating that they will be getting a divorce ... what to do in the 13 months prior to achieving that divorce. Perhaps.  You know?  So that you make sure you have an installment loan in your name, plus get yourself off any "joint" accounts -- especially those that aren't really "joint" in concept.

The first big HIT on my credit history isn't even MINE, technically! On October 15th, I handed back to my soon to be ex-hubby the credit card that was linked to his account. The credit card, that I treasured throughout the disintegrating marriage, was used strictly for grocery store purchases -- I purchased the food and was the chief cook and bottle washer. I'm thinking the grocery purchases might have totalled $400-$650 per month. The last time I used that credit card for any such purchase was over 6 months ago.

So, gag, when I see that my ex-hubby's charges are on my credit report with a hefty, nearly $5,000 balance!!! Gosh, the ex-hubby has had a new "squeeze" seriously since November and just took her on a celebration cruise with a number of former friends of the marriage.  So, he charged stuff for himself AND the squeeze on that credit card which is now, and has been, appearing on my credit report??????  Oh, my goodness, but seriously?

I have never had that type of balance on any of my credit cards as I am of the conservative Venus planetary makeup. That would be the first slightly non-positive, adversarial hit on my credit score for it says "proportion of balances to credit limits too high on revolving accounts!"  And, they aren't even technically mine.  Why would my ex-hubby's charges ever be on my credit report -- even during the marriage.  No, wait!  Isn't that a part of the marriage -- for better or for worse?  Hey monkeybrain, that's not fair and equitable, you know?

Well, the "for better" or "for worse" surely has taken on new meaning for me!  I'm hoping the "for worse" will be ending soon.  The discrimination by credit agencies of a DIVORCED woman ... is further evident in the fact that I HAVE to start myself a new, reclaimed life.  And, unfortunately for me, renting an apartment, getting cable and internet, and taking back my cellphone has all meant, hey, let's pull your credit report = "too many inquiries in the last 12 months!"  I am seriously feeling discriminated against, really!

Can I get a second opinion about all that?  It even appears that my ex-hubby's dealings with a collection agency because his adult son didn't pay his apartment rent is on my credit report!!  More than once, throughout the marriage, the ex-hubby, said "why do you CARE about your credit?"  What are you going to be buying???  Hmmmm!

Why is there not a place on the credit report(s) for the public record information that a person has been seriously impacted by DIVORCE?  I think I need a few consideration points for surviving that divorce.  It still smarts, you know?

Something I did prior to the marriage ... I had my credit report and scores run.  I didn't anticipate this day ... that I would be pulling that record to demonstrate the fact that the marriage did not have a positive effect on my credit ... but, you know, my credit is NOT as good as it was when I had total control of it!  During the marriage, voicing objection to financial dealings of the hubby meant NOTHING.  I had to suck it in and take the hit on MY credit report!!!  My scores today are some 90% of what they were when I was a single woman; immediately prior to the marriage.

So, folks!  Those of you still with me ... I thank you for listening to what you might think is ME venting!  But, listen up.  If YOU are in a marriage and think you are doing good with your credit, take a close look at everything on that credit report.  You MIGHT be surprised.  Any of you newly divorced, like me?  Ah, come on ... fess up!  How is YOUR credit?  Have you felt any discrimination by credit agencies of a DIVORCED person ... Y-O-U?  It's not just me, you know?  Hey, give me a holler.
Posted by Julie Ann Brady at 7:47 AM

Julie, just saying hi. I can totally identify, though it was years ago. Hang in there, it will get better.